“Madam, I am very sorry about the bad news from California,” says the guard at the ancient Roman site of Tyre. Our conversation started with a traditional, “Where are you from?” and then quickly turned a surprisingly strange corner.

“There was a shooting in a bar in California.”

“Another one?” I say in dismay.

“Yes,” he says, “every week another one.” Then he starts rattling off all the places of the recent mass shootings, shaking his head. “I don’t understand how a great country like America can not have laws that stop selling guns and those fast ammunition clips.”

I have no answer to offer, but the irony is not lost on me. Here is a man who lived through a bloody civil war and then some in a country that is still on many a “dangerous” no travel warning list, addressing gun gun violence in America.

When we told people we were going to Lebanon, they were horrified, including our expat Lebanese friends. When we told them we will be renting a car and driving around ourselves, even more so.

And yet in our week of travels to all corners of this small and incredibly diverse country we not only felt perfectly safe, but incredibly welcome by one and all, looked after and cherished even. From our Airbnb hosts to owners of coffee shops, people pressed on us their personal cell phone numbers to “call if we needed anything, anything at all”. 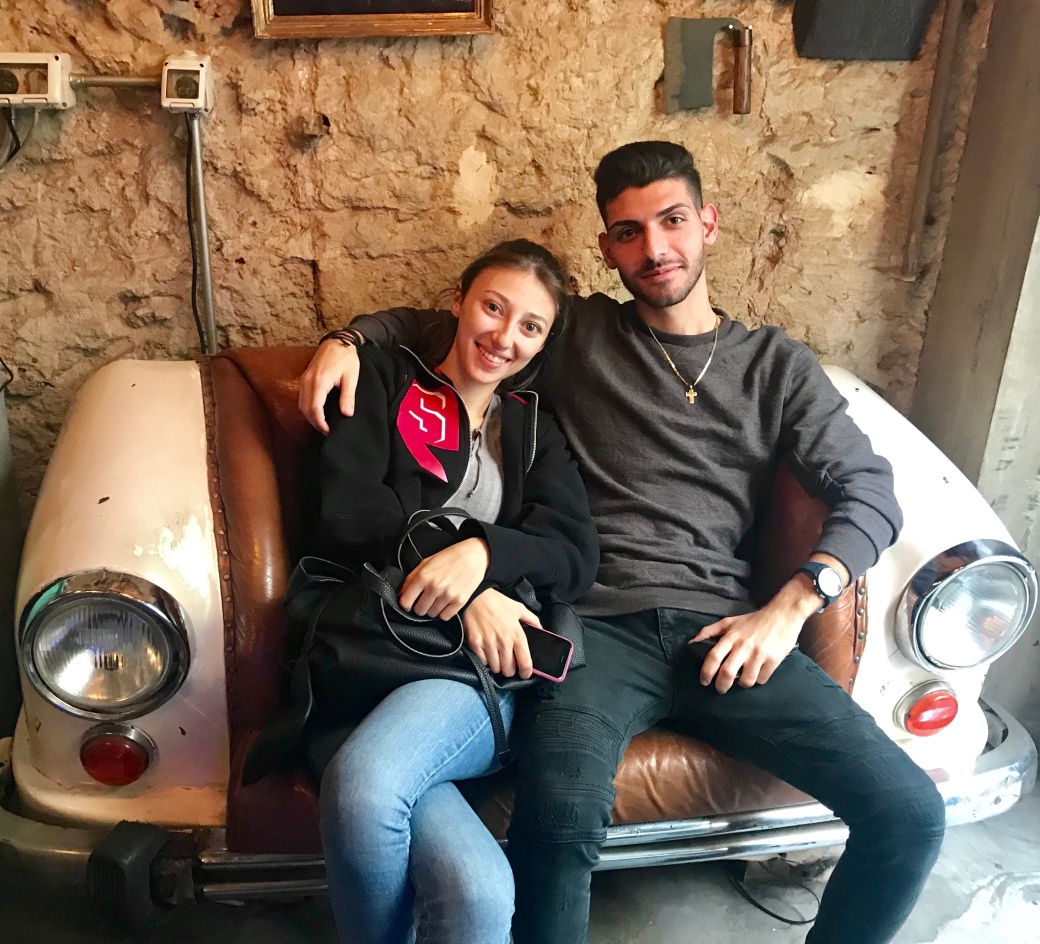 People on the street called out to us, asking if they could direct us anywhere and strangers told us “Welcome” and “We love Americans”.

Even the soldiers at the numerous checkpoints we passed through, just nodded and waved us on. In anticipation of challenges and possible solution with bribery, we bought a big box of cigarettes in Duty Free shop at the airport, but we didn’t even have a chance to break it open. A great relief and wonderful surprise.

I thought I did my homework by studying guidebooks and blogs and websites as per usual, but this is probably one of the countries that caught me by surprise the most. Both in good and bad ways.

Besides being very friendly, we were surprised how keen and open the Lebanese were to share their opinions and freely talk about politics, religion, war, refuges, you name it. There was no off the limits subject and they were self critical as well. We were surprised how few Syrian refugee camps we saw.

On the other spectrum of humanity Beirut is full of sophisticated people,

boutiques and high end restaurants. Beirut used to be called Paris of the Orient. Now I would call it Fashion Capital of the Middle East. (Think Elie Saab.) 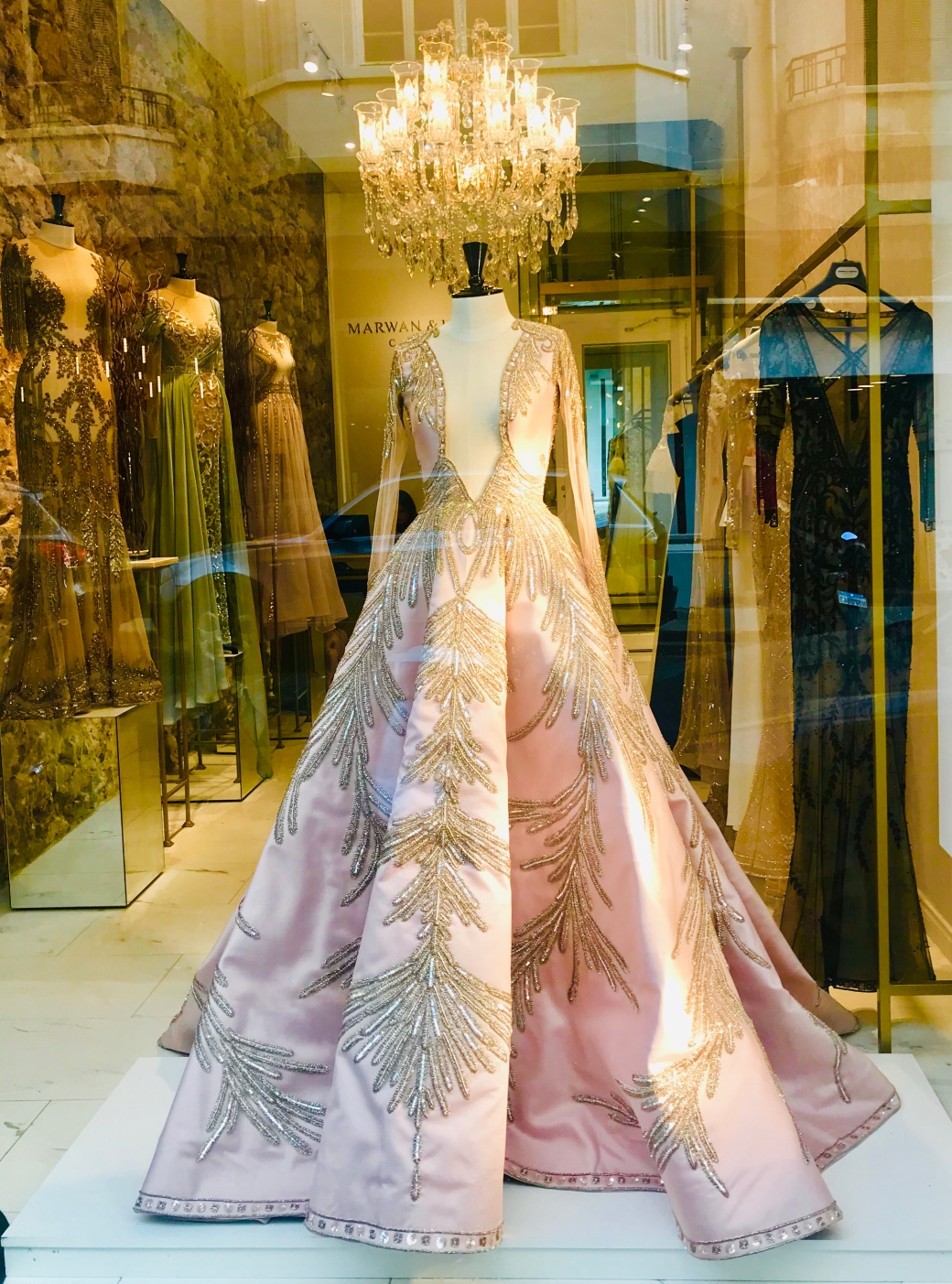 We were quite surprised that there were definitely more churches than mosques in the country.

Sure, we heard about the Maronite Christians, but there were many other branches, too. And in many places it was lovely to see the churches and mosques architecturally coexisting together. 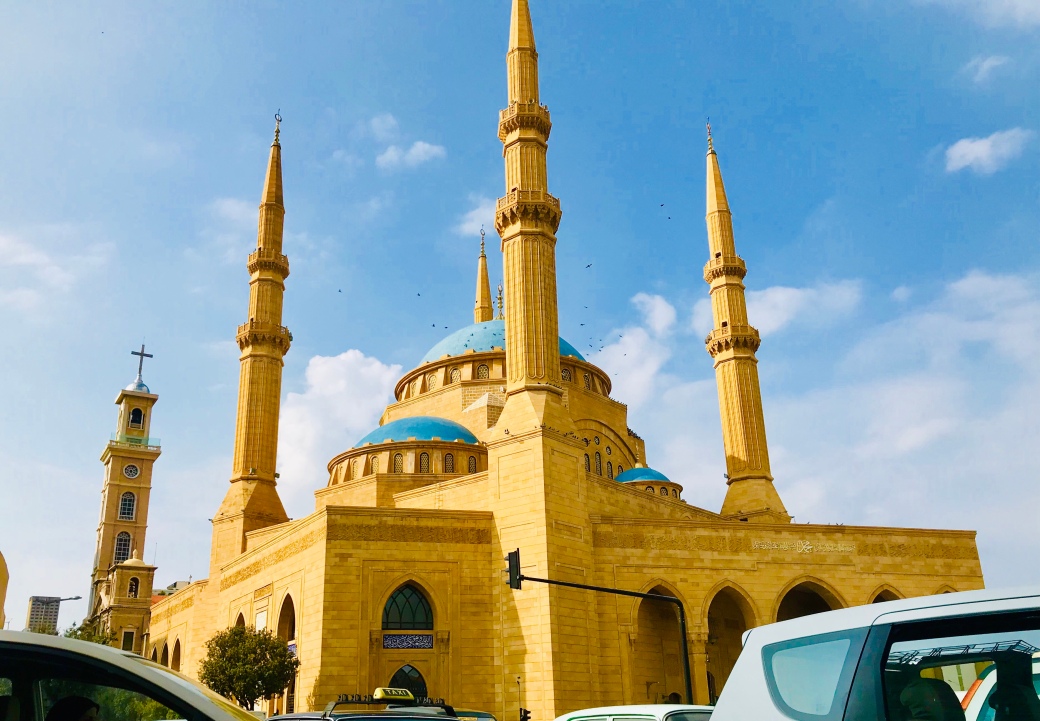 We were surprised how good the roads were everywhere and how much ground we could cover by car. Except in the cities where the traffic jams were bad and nerve shattering. The Lebanese are surprisingly, I want to say bad, but in truth, just totally undisciplined drivers, who don’t care about any kind of rules. For people who are so friendly, gallant even, on the road their worst instincts come out. They all run red lights, they push from all sides and cut in, not looking left or right, they step on the pedal if they see a pedestrian crossing the road. Yet despite seeing tons of beat up cars everywhere, we only saw one accident and it was just a scrape really. Surprisingly quite a lot of women of all ages were behind the wheels, and they were just as “aggressive” as the male drivers. I must give it to my husband, he got us through, but he soon too, became “Lebanesed” and became an aggressive driver, riding the horn instead of the breaks. It is surprising how draining such a car war can be on a navigating co pilot.

One of the biggest misconceptions people have about Lebanon is that there must be sand and desert. Of course we knew it was not so, still we were surprised how little green there was. We were particularly looking forward to seeing the famous Lebanese cedars, 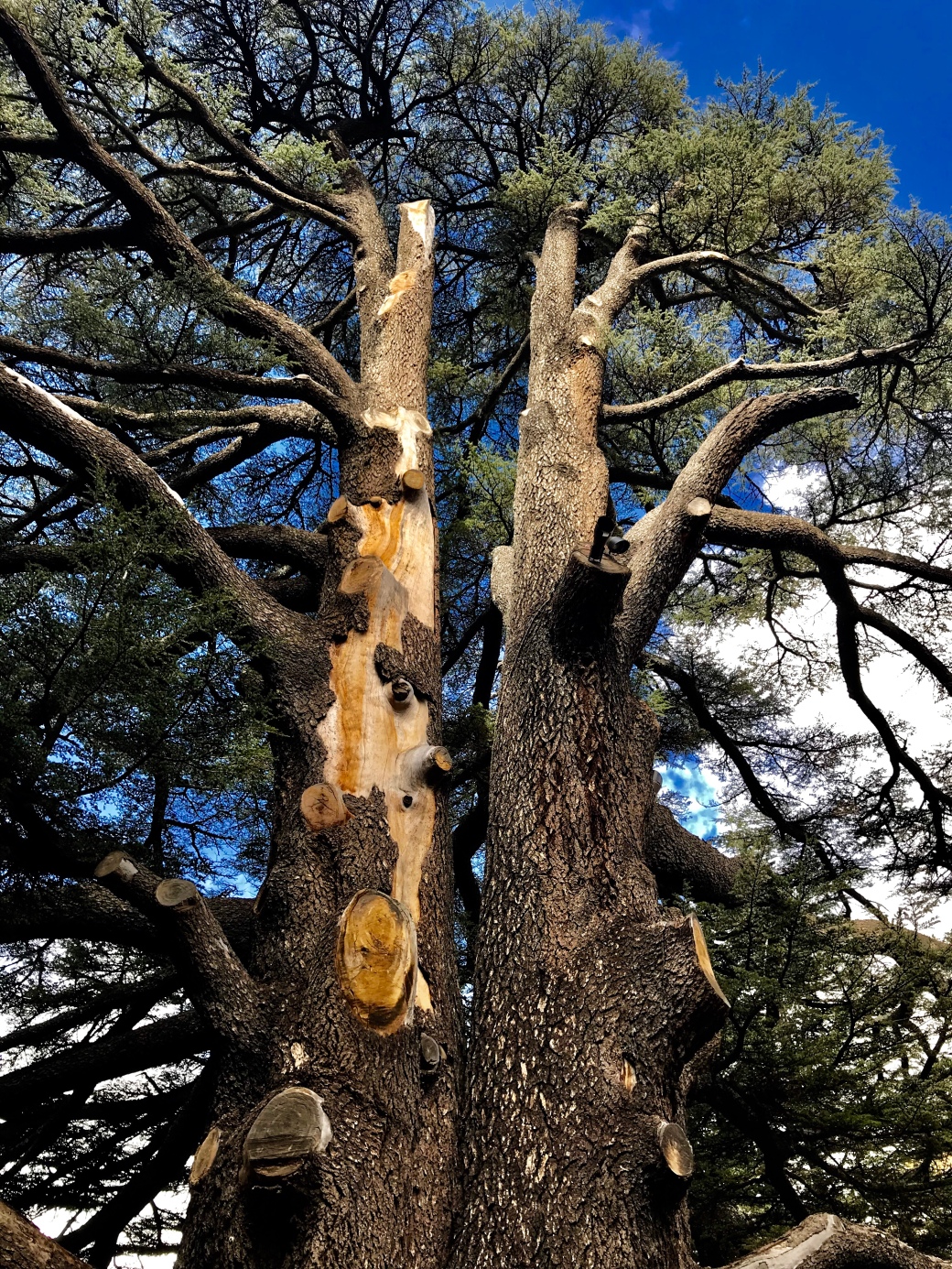 but they were quite few and far between. In fact so few that when we drove up to the mountains to see the famed Cedars of God Nature preserve, we drove right past it. Not surprising as there are only 375 trees protected by a wall.

After initial disappointment we really enjoyed the walk through the small grove and marveled at some of the biggest, thousands of years old, majestic trees. The most shocking surprise was how incredibly built up Lebanon is. And not only in the capital Beirut, where after the war’s near total destruction, the city has been rebuilt with huge, ultramodern buildings. Everywhere, even small old villages are overwhelmed by monstrous multi story concrete houses, many of them unfinished. When we asked about this trend, we were told, “Well, the Lebanese do love their big, ostentatious homes. Also a lot of the money flows back from the millions of expats working abroad, and they want to show off how well they do in foreign lands.”

To the contrast of these big modern houses and generally a very cosmopolitan and Western feel of the country as a whole, the amount of garbage strewn around everywhere is shockingly third world. Beirut proper and a few other happy (and remarkably) clean exceptions, a lot of the country feels like it is drowning in trash.

The biggest pleasant surprise was the quality of the antique monuments.

Of course we eagerly anticipated the raison d’etre of the whole trip-Baalbek temples, but there were other places that added significantly to the excitement of walking amongst the well preserved ruins of the country’s rich heritage from Neolithic to Phoenician, Greek, Roman, Crusader and Arab civilizations. Sometimes only bare stones remained, but they were mighty ones.

Speaking of Baalbek, we were surprised, thrilled and elated to find ourselves one beautiful morning walking up the steps of the huge Jupiter temple all alone in the company of a private local guide (who not only gave the names of all the VIPs he had guided (different presidents, ambassadors, movies stars and Anthony Bourdain) but also showed us their photos on his smart phone. 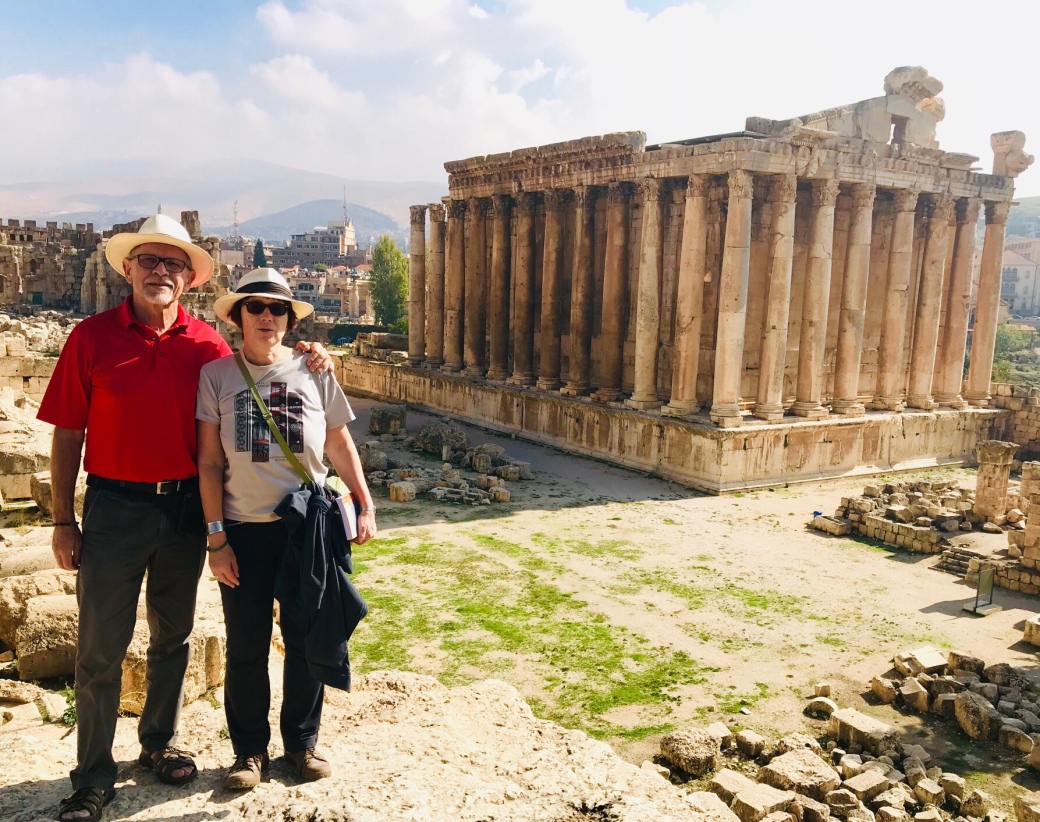 There was not a single other visitor in this, one of the most spectacular wonders of ancient world, Lebanon’s greatest treasure, the grandest, best preserved, most intact site of Roman temples anywhere in the world. Luckily every now and then the guide tactfully disappeared to answer yet another VIP phone call and left us to wander alone, with our mouth hanging open in awe. The enormous, intricately carved, Bacchus Temple was the creme de la creme and every antiquity lover’s dream come true.

We quickly forgot all the frustration of driving in circles on one way streets in morning traffic for better part of an hour to find the place in the first place. The Ministry of Tourism and the Department of Antiquities, surprise, surprise, totally forgot to put one bloody sign anywhere. Well, seeing that we were the only visitors there, might not be worth the effort, indeed. 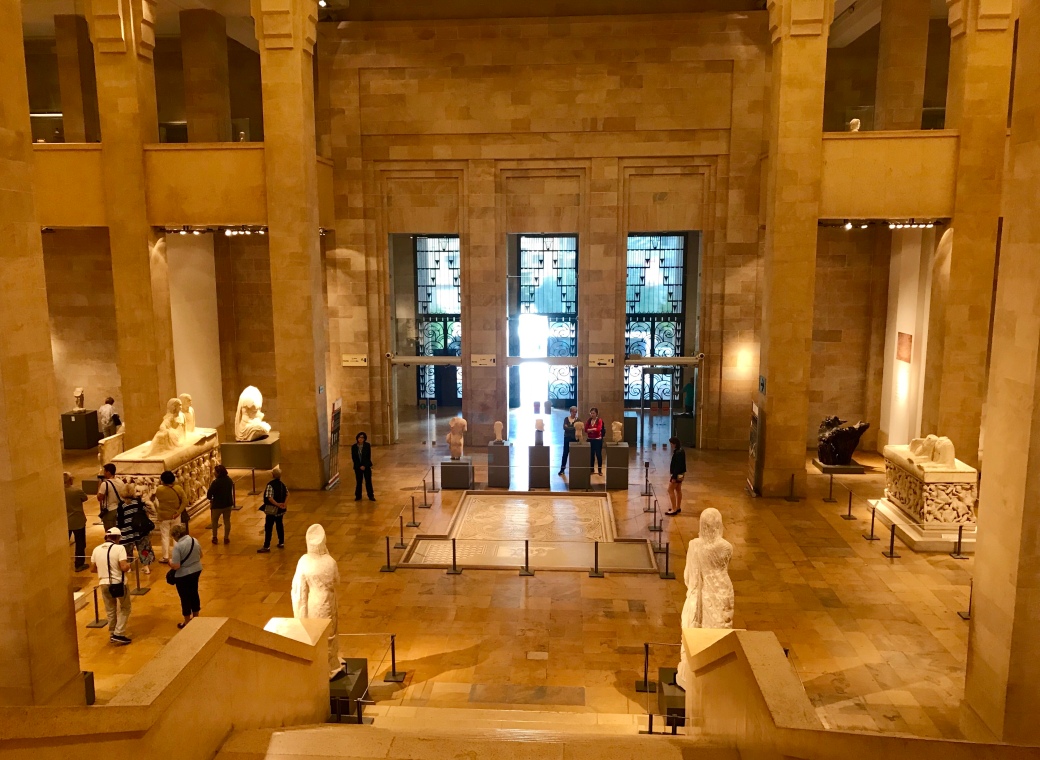 that holds the most spectacular finds from Baalbek and other ancient cities. It is one of the most wonderful small museums I have ever been to. Coming from someone who really likes museums, that is saying something. It is light and airy, wide open and full of light. It has a perfect amount of spectacular exhibits, perfectly exhibited. When a museum is able to present even sarcophagi and funerary arts in a cheerful light, then you know they are doing it right. 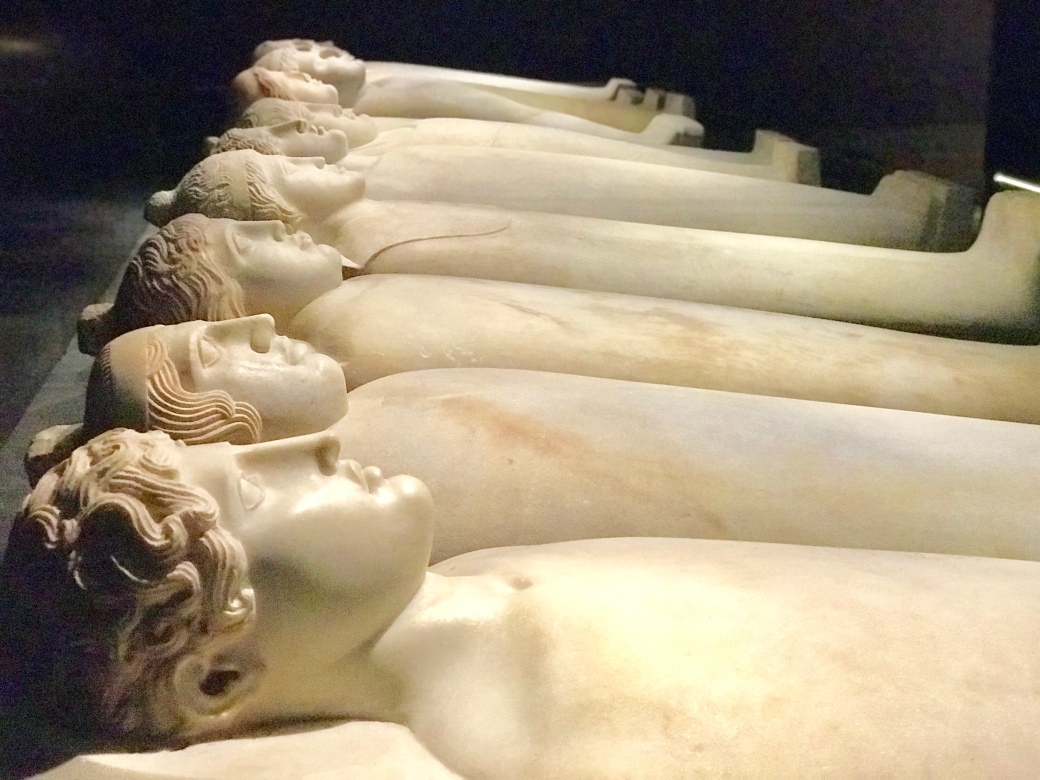 Even my husband did not fall asleep. And that is a rare exception for someone, who claims to be afflicted by a strong case of “museolepsy”.

10 thoughts on “Lebanon Surprises– the Good and the Bad”